Sylvie Meyer is a Swiss national who has spent 30 years – first as a lecturer, then as professor, then as Dean in the school where she initially studied OT.

She has participated in several revalidations of the OT programme within her institution – specifically in the implementation of the higher education system for the health professions in the context of the Bologna declaration.

Currently, Sylvie is project leader for the implementation of an interprofessional Master’s degree in French which includes an occupational therapy orientation. 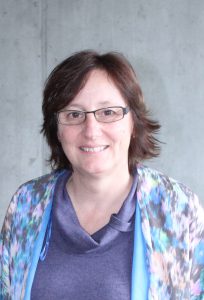 [/ezcol_1third_end]Furthermore, Sylvie has works with the Swiss Association of Occupational Therapists for which in particular she defends the working conditions of the employees working in the health and social sector.

She has written three occupational therapy textbooks. The last one was a result of the work of the terminology group of ENOTHE. These three texts have brought international fame and have presented Sylvie with the opportunity to spread ideas on the development of occupational therapy in French-speaking zone.