In the last 12 months the third ‘leg’ of OT-Europe, with the support of ENOTHE and COTEC has made big progress. During the year a standing ROTOS committee was established:

The ROTOS Standing Committee had the first face to face meeting in London on June 2017 and the second will be on January 2018. 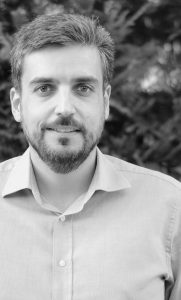 [/ezcol_1third_end]The aim is to meet twice a year once when OT-EU meets at either the ENOTHE Annual Meeting or COTEC General Assembly. Regular Skype meetings took place during 2017 and will take place in between the face to face meetings in 2018.

The initial funding of ROTOS is shared equally between COTEC and ENOTHE with the approval of the two AGMs with the aim that ROTOS will become self-sufficient over time.

The main aim of ROTOS is to establish a strong European Network of OT and OS researchers that both support access to occupation-based knowledge for all EU citizens, and strengthens the occupation-based knowledge generation. With this perspective the standing committee took the following actions in order to build partnerships to populate ROTOS and develop a common understanding with key stakeholders:

During 2018 the standing committee will inform both ENOTHE and COTEC members for any developments and the ROTOS website will updated with news and information.